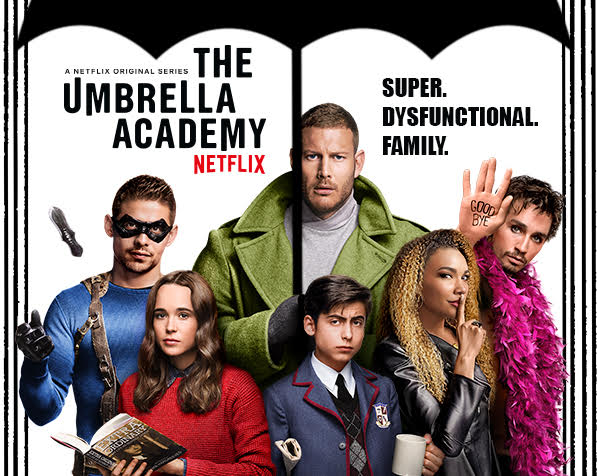 7 Roles of a Super Dysfunctional Family

“Umbrella Academy” is the newest Netflix’s blockbuster based on the Eisner-winning comics, My Chemical Romance lead singer Gerard Way and the Brazilian artist Gabriel Bá.

At first, we see that the show portrays another story of superheroes who are trying to save the world from the apocalypse…

Not too original right?  Apparently Not!

However, if we give the show a chance we would soon realize that Umbrella Academy is fundamentally a story of a dysfunctional family. A superhero family that struggles, as many of us, with feeling accepted by the other family members while they are trying to understand their own superpowers or the lack of it.

Since the beginning of time, families have been the pillar of society and are considered the basic unit for raising children.  We don’t choose our family members, but most of us have the feeling that we can rely on them on the toughest times. When we feel attacked or lost, we go to our parents or our siblings to find those words of support or advice. Right?

But, what happens when you don’t have that support and you find yourself struggling in your life trying to be accepted by them?

This is what we see after the premise of “The Umbrella Academy” is shown: Seven children who were born at the same time, on October 1, 1989, are adopted by Sir Reginald Hargreeves, an eccentric billionaire, who trained the kids to become superheroes and save the world.

However, Sir Reginald Hargreeves who is far from being a paternal figure, gave the kids a number instead of a name, according to their individual usefulness and puts the children through traumatic methods of training to develop their superpowers. He also builds a robot as the children’s mom who is the one that gives their real names.

With all this, there is no surprise that the Umbrella Academy children fit into one or more roles of the dysfunctional family sphere according to psychology. 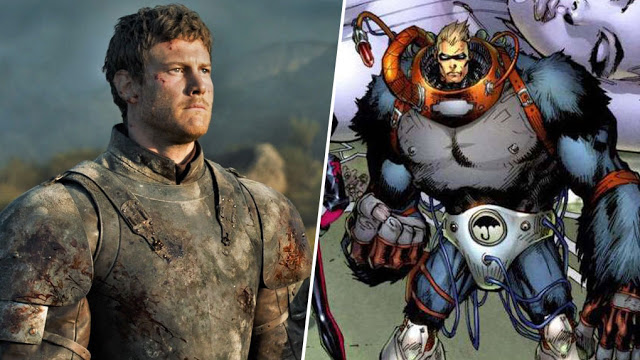 The Heroe –The Hero’s role in a dysfunctional family often belongs to the first-born child. In the case of Luther, he was assigned the number 1 by how useful he was to his father in his obsessive goal of saving the world. Luther is in fact, the super-strong rightful leader of Umbrella Academy who always tries to do the right thing, even if that means putting his siblings before himself.

Also, according to the hero role characteristics, Luther at his adulthood is known for being a member of the family that have the hardest time dealing with loneliness. As we seen in Netflix’s show, Luther was the last one of the Hargreeves kids who left the Umbrella Academy house before he was sent to the moon.  Luther believes that he was serving to humanity, by monitoring threats to the earth from the moon. Sadly, what he wanted was to prove his father that he is worthy of being called number 1. 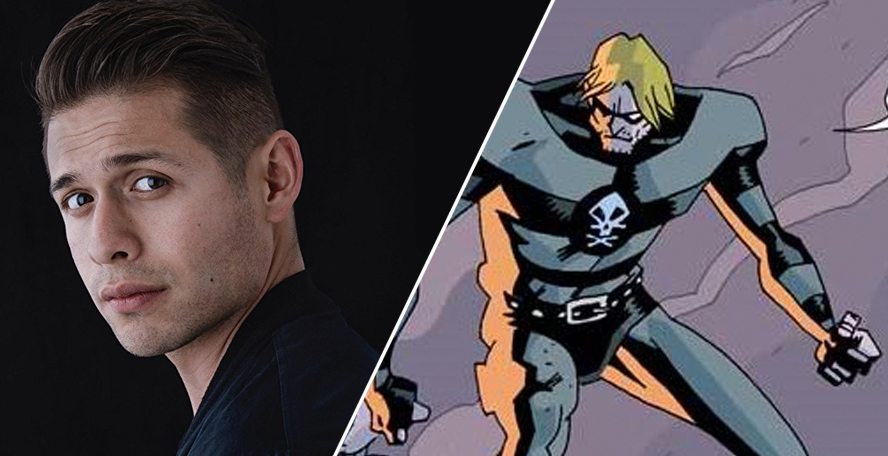 The Rebel – Diego, the expert-knife thrower, is the second one most useful of the children according to his father, a person that he claims to hate for all the emotional abuse that his siblings and himself went through. Diego constantly reacts against the decisions of Luther and despite everything that comes from the memory of Sir. Hargreeves. According to the show, Diego is also one of the first children in leaving the house since he couldn’t live under his father control anymore.

Diego fits the rebel role because he can’t cope with the fact that his siblings possess an ability which they are not using as they should. For that reason, Diego embraces his skills and puts on a superhero suit fighting the crime at night. Although, the reality is that to do that legally he has to join the police which his methods are too slow and ineffective for him. This would be the breaking point between him and his ex-girlfriend Eudora Patch, the police officer. 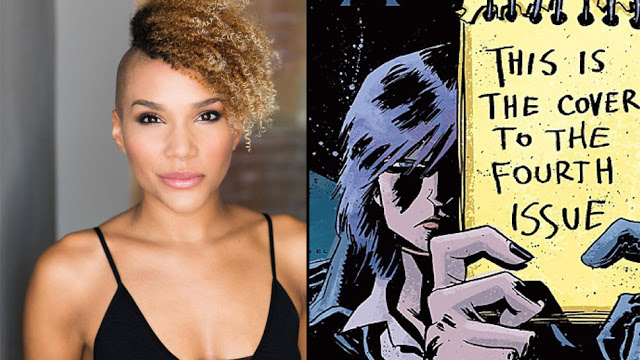 The caretaker – On the other hand, Allison, who has the superpower of making everything that she says true, is portrayed in the show as the peacemaker of the Umbrella Academy family. We see how Allison is always worried about the well being of her siblings and acts as a stand-in parent in the moments where their siblings lose control. She seems more emotionally mature than the other members of the superhero family. Allison is also the only one who built a successful career outside her superhero role, as a famous actress.

Although she is dealing with a divorce and the fear of losing the custody of her beloved daughter. She is always trying to build her relationship with her sister Vanya and to side with the hero of the family, Luther (although the reasons are probably more romantic on this point). 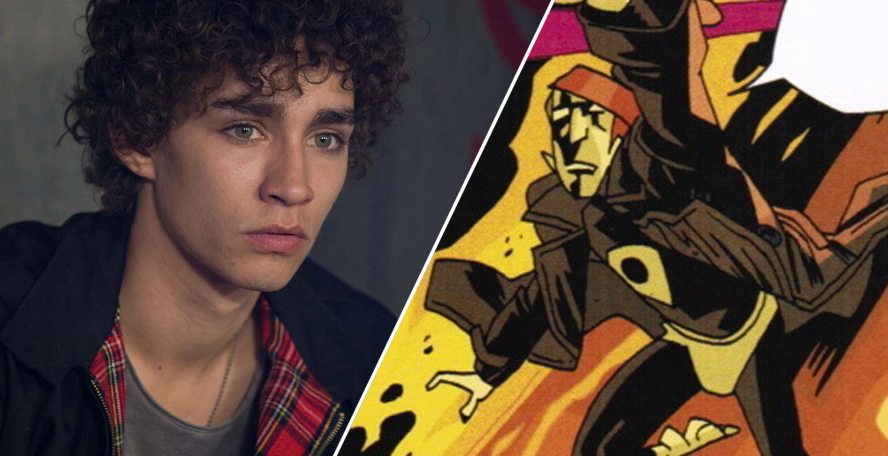 The Addict – Although Klaus has more reasons to become a drug-addict than dealing with an abusive father – coping with the horrific idea to speak to the death for example. Klaus fits the role of the addict in a dysfunctional family. We see Klaus at the beginning of the show, as being released from rehab and immediately buying drugs after knowing that his father is dead. Interestingly, by abusing drugs and alcohol, Klaus becomes powerless. However, when he is not high, he is able to speak to his dead brother (Number 6) and even control him. By the end of the season, we know that Klaus is one of the most powerful of the Umbrella Academy members when he is in total control of his addiction. Like a metaphor of the life of a former addict after the recovery. 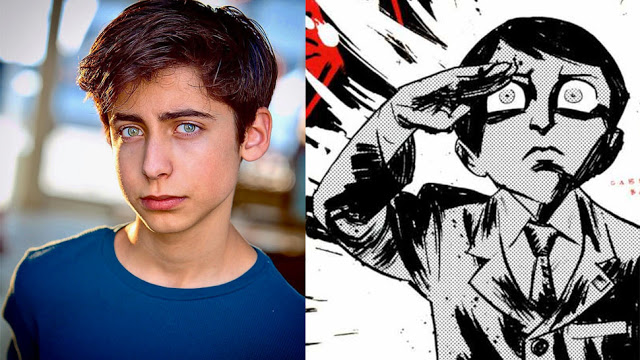 The Mastermind – Five is probably one of the most interesting members of the Umbrella Academy family. Although, he disappeared for their lives for a long time since he was stuck 20 years into the future, probably the reason because he didn’t get a normal name as the rest of his siblings.

Fortunately, Five finally gets his way back to the past, but this time something went terribly wrong as he still looks like a teenager while all his other siblings look like they are in their 30s.

But do not be mistaken by his looks, Five is not only a genius who can jump through the space and time but fits the role of the mastermind or manipulator in the dysfunctional family – Five is so smart that in the show we see how he can fool the villains many times, making them to kill each other’s and even trick the principal agent of Temps Aeternalis, the agency who is in charge of controlling the time and are willing to do the unthinkable in order to achieve that goal. 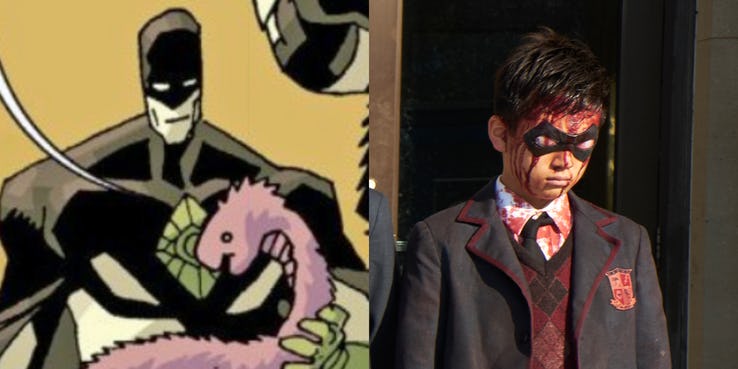 The Lost Child – It’s almost an irony that the next member of the Umbrella Academy family is dead by the time that the show starts.  However, we are able to see Ben in the flashbacks of his siblings and primarily, through Klaus who communicates with him and is even able to control Ben’s spirit when is not high.

Ben’s fate seems to fits the Lost Child role in his dysfunctional family because he is literally dead and can only communicate with Klaus. Ben is mostly quiet, introverted and sometimes tries to put some sense on the mind of his addicted brother with not much success. 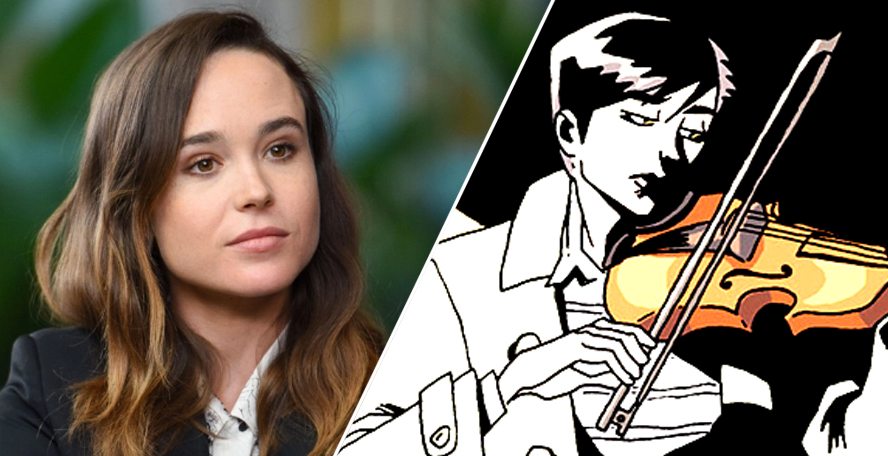 Finally but not least, we have Vanya, The black-sheep of the Umbrella Academy family. The only one that didn’t have powers among her siblings – or that is what her father wanted her to believe. For this reason, Vanya feels like the outsider, the only one who never participated in the missions that her siblings did.

Also, Vanya was the center of most of the disagreements on her family, because they felt that they always had to take care of her as she was unable to defend herself. They thought that because of her lack of powers she might be got everybody killed while trying to protect her.  For that reason, Vanya fits the scape-goat role of these super- dysfunctional family.

Having a dysfunctional family is not a joke if you feel that you or other members of your family might fit into these roles. It’s important to contact a specialist.